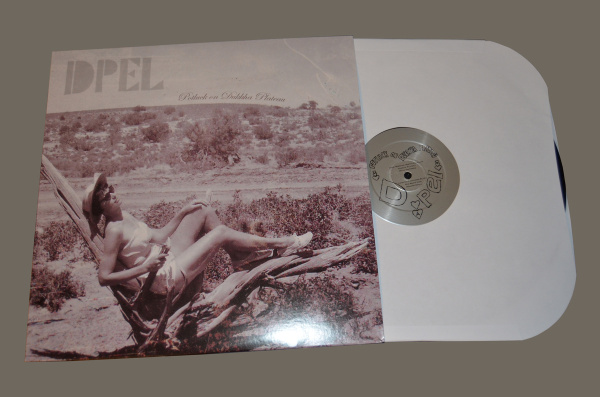 D.Pel’s debut LP, Potluck on Dukkha Plateau is a genuine collection of twelve original tunes sharing life lessons learned. The songs are the words of a young man catching up to reality. The voice of Daniel Pelley croons and growls, yells and professes in a manner that belongs naturally to him, honoring his roots, intertwining old-time folk with indie rock. Songs push through solemnity with celebration, and depression with love. As a collaboration with numerous talented friends, the record includes rich texture and compelling dynamics. The troubled path of his life are reflected in stories and the wisdom earned by taking a new road.
/

Dan Pelley was born in Cedar City, Utah to hippy parents with a love for rock, folk, and psychedelic music. He performed with South and Dig the Nightlife, influenced by Fugazi and Hot Water Music. He moved to Portland and performed One Dirty Hand and Thanks Kipp, working around the Pacific Northwest, drawing new audiences, but tragically Kipp was killed in November of 2009 by drunk drivers. It was an enormous loss for many people. Dan finished their album,  Melodrama and released it in 2010. He also fell in love with his future wife, Lindsay, and took hiatus from active projects. Songs kept coming, so he continued writing and recording. The result became Potluck on Dukkha Plateau.

The songs were recorded and mixed by Adam Goldman, with assistance from mutual friend Graham Nystrom, who also played in Thanks Kipp as an irregular member. Dukkha is a Buddhist term that can be concisely defined as “suffering” or “anxiety”.  It is the first principle of the Four Noble Truths. It refers to the universal suffering that arises from our everyday desires; suffering is reduced by limiting desires. Dan envisions some wholesome place called “Dukkha Plateau” where people can begin to shed themselves of those heavy layers of anxiety. A place like that would naturally be a potluck, where everyone feeds everyone.

You can be the first one to leave a comment.